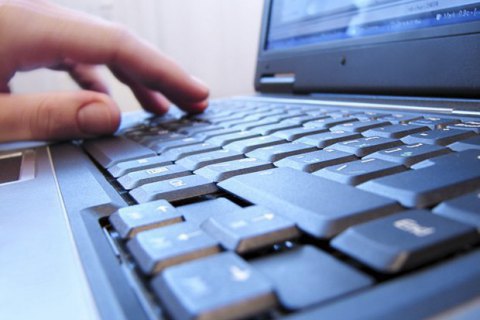 The Security Service of Ukraine (SBU) has uncovered a bot farm under the codename Sapphire set up by the Main Directorate of the Russian General Staff in occupied Luhansk, the head of the SBU's military counterintelligence, Serhiy Levchenko, has said at a briefing.

The information unit consisted of 15 people managed by Ukrainian national Kateryna Vasylina, born 1988. The unit prepared and conducted anti-Ukrainian information campaigns, collected information about top officials of Ukraine and its Armed Forces as well as intelligence.

According to investigators, the unit is behind around 12,000 fake stories, including a fake decree of the Defence Ministry allegedly suspending all additional payments to Ukrainian servicemen, calls for antigovernment rallies and the president's impeachment and so on.

The unit created 50 accounts and 130 groups in social networks.

The SBU said the main handler of the Sapphire unit was Russian career officer Aleksandr Alekseyevich Sazonov, born 1985, known under the covername of Pavel Bodrov.

The SBU has detained four agents of this network in a government-controlled territory of Donbas. They are in custody facing charges of assistance to terrorism, collection and transfer of information about the Armed Forces in the Joint Forces Operation area, and conduct of special information operations.

The unit has practically ceased its existence now.