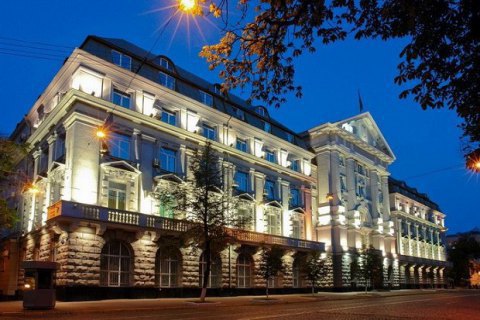 The Security Service of Ukraine (SBU) has asked the State Bureau of Investigation to open an investigation based on a recent statement by MP Andriy Biletskyy, the leader of the far-right National Corps party, who alleged that the assassination of his party leaders is being prepared.

"The Security Service of Ukraine was surprised to learn about the statement of National Corps party leader Andriy Biletsky that the SBU is allegedly preparing to physically eliminate the organization's leader. It is a shame that a Ukrainian MP and leader of the National Corps, Andriy Biletskyy, allows himself to manipulate his persona," the SBU said in a statement on Facebook.

"We look forward to seeing at least some specific data released on which these very serious accusations are founded, which, after their qualification, must be verified in the framework of criminal investigation with mandatory reporting of its outcome to the public," the SBU said.

"In connection with the above, the service officially asks the State Investigation Bureau of Ukraine to launch a criminal case over the matter,” the statement reads.

As reported earlier, National Corps leader Andriy Biletskyy alleged on 11 March that the SBU was planning "physical elimination" of the leaders of the National Corps and its wing National Militia.