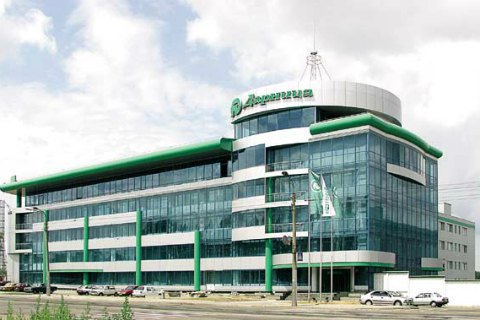 This is what the company’s shareholders are going to discuss during the annual meeting planned for 3 April.

"To approve the following procedure of distribution of profits in line with the financial results of 2018: leave the net profit of UAH 449.13 million for the company, forwarding the money for its financial needs. No dividends will be paid," reads the draft of the company’s decision.

According to the financial reports of the company, Darnitsa had the undistributed profit of UAH 1.56 billion as of the beginning of 2019.

At the beginning of 2019, the company accumulated UAH 212.43 million in free cash: twice as much as a year before.

Last year Darnitsa paid some UAH 104.573 billion income tax, which is 29.3% more than a year before. Remuneration expenses also increased by 35% and exceeded UAH 318 million.

PrJSC Pharmaceutical firm Darnitsa was founded in 1930. It is Ukraine’s leader of pharmaceutical production in terms of volume. The company’s portfolio includes more than 250 names of medical agents.

Every year the company invests 10% of its gross income into research and development. In 2018, Darnitsa marketed 12 new medical agents and is now preparing 91 more pharmaceutical brands for production.

Last year Darnitsa won in three nominations in the all-Ukrainian competition "The Choice of the Year".

The Zagoriys family, including MP Glib Zagoriy, is the ultimate beneficiary of the company.