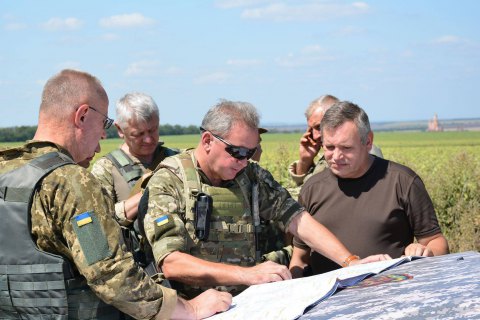 Almost 170,000 citizens of Ukraine signed contracts to serve in the Armed Forces from 2014 to 2018, the chief of the Armed Forces' General Staff, Viktor Muzhenko, has said.

"Over 40,000 citizens voluntarily expressed their wish during the mobilization campaign to serve in the Armed Forces of Ukraine. In the period from 2014 to 2018, almost 170,000 people voluntarily signed contracts with the Armed Forces," Muzhenko said on Facebook.

He congratulated Ukrainians on Volunteer Day.

"People who are always ready to defend Ukraine against Russian aggression are the most important guarantee of protection of its independence," he said.