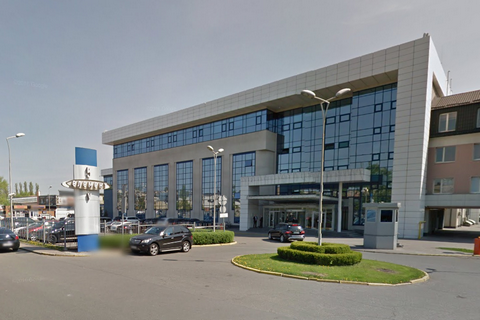 The National Anticorruption Bureau of Ukraine (NABU) has searched the 5 Element luxury sports club and the Bogdan Motors automobile corporation believed to be associated with ex-President Petro Poroshenko.

The searches were held as part of the investigation into a criminal case on gross embezzlement of state property during the purchase of automobiles for the Ukrainian Armed Forces in 2015-2018. Investigators suspect that ambulances manufactured by Bogdan Motors were illegally included in the state defence order.

The investigation was launched in April 2018.

The Bogdan 2251 ambulances are based on the Great Wall Wingle 5 single cab chassis.

In 2017, the Defence Ministry played 100 such cars under the state defence order but later they proved to have serious flaws and their manufacturing was suspended.

Bogdan said that the car was essentially reworked. The equipment in the driver's compartment and medical part was revised and replaced, the medical compartment was made for comfortable, in particular it was equipped with an autonomous heating system.

A new contract for the purchase of the Bogdan ambulances was signed in early 2019.

Bogdan's press service dismissed the NABU allegations as made-up and unfounded. The corporation said that Bogdan Motors served a good cause by supplying the army with lacking hardware.

"In the absence of modern military equipment, which would allow solving all the issues of ensuring the vital activities of the troops when performing tasks in the ATO/JFO areas, Bogdan Motors developed and manufactured military vehicles at its own expense. These are ambulances and trucks that replaced Soviet scrap metal in the army. Also, after long state tests, the Bars-8 armoured car was accepted for use in the army,” the statement said.

Bogdan insists that the purchase of the cars was in accordance with the Cabinet of Ministers' Resolution No 517.

Yesterday, Poroshenko's European Solidarity party said that there were attempts to remove the ex-president from running for parliament for 21 July.

The 5 Element sports club on Kyiv's Rybalskyy Peninsula is owned by Petro Poroshenko and the leader of his parliamentary faction, Ihor Kononenko.