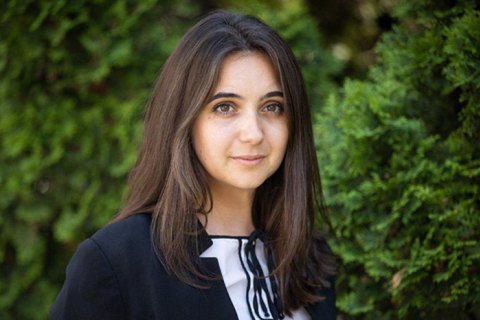 The Office of the President of Ukraine has responded to Russia's suggestion that Ukraine could release RIA Novosti Ukraine editor Kyrylo Vyshynskyy as a step towards normalising relations.

"The Presidential Office took great interest in the suggestion of the Russian Federation regarding the release of Kyrylo Vyshynskyy as the first step of goodwill on the part of Ukraine. We fully support the policy of goodwill steps and suggest that Russia take a step forward and free Oleh Sentsov. To be mutually confident in common goodwill, we offer to do it simultaneously," presidential spokesperson Yuliya Mendel said on Facebook.

On 18 July, Russian presidential spokesman Dmitry Peskov said that the release and return of Vyshynskyy by Kyiv could be the first step towards normalising relations between Russia and Ukraine.

He was commenting on Ukrainian President Volodymyr Zelenskyy's statement that the release of Ukrainian sailors detained in the Kerch Strait in November 2018 could be the first step towards normalising the dialogue between the two countries.

“In general, any steps to free people will be welcome,” he said.

Earlier, Ukrainian Prosecutor-General Yuriy Lutsenko said that Vyshynskyy was "the Kremlin leaders were most interested in Vyshynskyy". It should be noted that Vyshynskyy is formally a citizen of Ukraine, therefore his transfer to Russia is impossible.