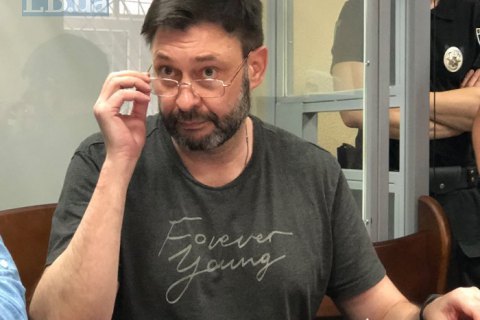 Kyiv's Pecherskyy district court has extended the arrest of the head of the Russian news agency RIA Novosti-Ukraine and high treason suspect, Kyrylo Vyshynskyy, until 19 September, according to Censor.net.

His defence petitioned for release on personal recognisance. The prosecution objected and requested an extension of the arrest, which was granted.

The next court session is scheduled for 16 September.