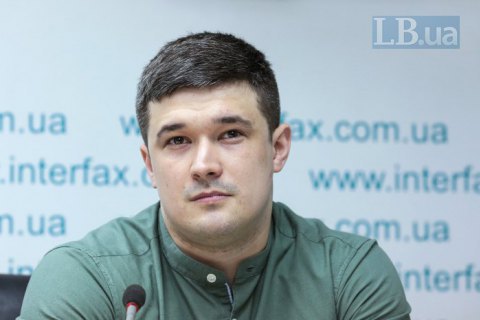 Mykhaylo Fedorov, a freelance adviser to President Volodymyr Zelenskyy, has said that the next presidential election may be held online.

"We already have The Vote project. At the first stage, it will include surveys to allow the president, prime minister and other learn what the country's residents really think. By the way, the system of identification currently relies on Mobile ID, electronic signature on Bank ID. We want to give people tools of direct democracy. In parallel, we certainly need to develop the means of electronic interaction with the state, to form this culture," he said in an interview with Liga.net.

"In a while, we want to introduce the Smart ID technology when an electronic signature is stored in a smartphone. Part of the key is stored in the cloud, part in an app in a smartphone. You do not depend on the operator in this case. Bank ID is not appropriate for the majority of services," he added.

Asked when Ukrainians will be able to vote online, Fedorov said that this may happen during the next presidential election and possibly during the local ones.

"During the next presidential election for sure. But I will do my best to possibly do it during the local elections either as a pilot or on a full scale," he said.

"We need to get prepared in terms of infrastructure, cyber security and mentality. We must be ready by the presidential election. Surveys are a way to teach people to use it all," he added.

Earlier, Zelenskyy instructed the Cabinet of Ministers to create a single web portal of electronic services.