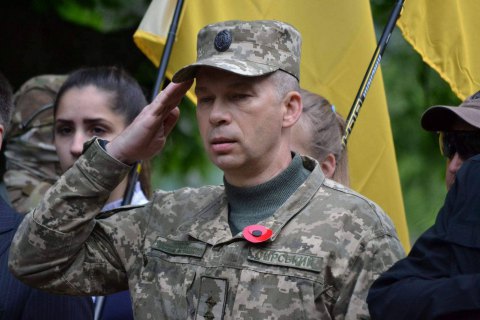 The decrees to this effect were published on Zelenskyy's website today.

Lt-Gen Kravchenko has been the commander of the North Operative Command of the Ground Troops since 2017.

Syrskyy has been appointed commander of the Ground Troops.

Before he was put in charge of the Joint Forces Operation, Syrskyy had headed the S sector HQ. He was one of the main commanders of the antiterrorist operation (ATO) forces during the battles for Debaltseve in the winter of 2015. He also coordinated the pullout of Ukrainian servicemen from Debaltseve. In 2016, Syrskyy was put in charge of the Armed Forces' Allied Operative HQ. In 2017, he commanded the ATO until it was replaced with the Joint Forces Operation.

In early May 2019, President Petro Poroshenko appointed Syrskyy commander of the Joint Forces instead of Serhiy Nayev during planned rotation.