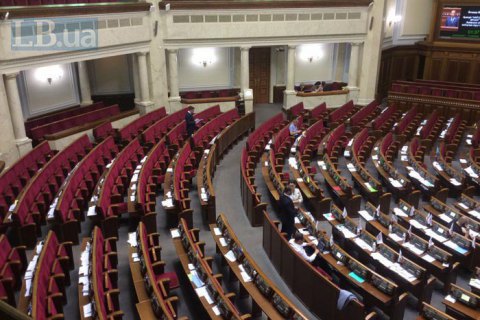 Andriy Herus, the president's representative at the Cabinet of Ministers, has said that new parliament will convene its first session on 3 September.

Negotiations on personnel decisions will follow, he has said at a briefing, according to Ukrinform.

"Today we are busy with other work. It is better to do something useful than holds talks on future appointments," Herus added.

The propresidential party Servant of the People will have 254 seats in parliament. Earlier, MP Davyd Arakhamiya, who is tipped as a likely head of the party faction, said that an AI-based software will monitor its members' voting patterns.