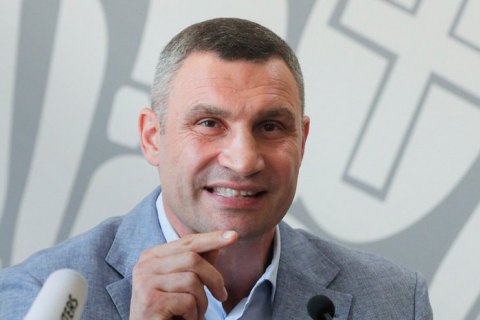 The head of the Kyiv city state administration and mayor, Vitaliy Klitschko, will be on leave until 9 August.

His resolution says his five-day vacation has been agreed with the president.

The head of the presidential office, Andriy Bohdan, has been insisting that the posts of the Kyiv city state administration and the Kyiv mayor must be separated. The former represents the true executive in Kyiv while the latter deals with the city council and carries out representative functions.

On 30 July, Bohdan said at a news conference that he was offered 20m dollars to keep Klitschko in charge of the Kyiv city state administration. Klitschko dismissed Bohdan's statements as a "bunch of rumours and manipulative assumptions" and suggested that he report the offer of a bribe, if there was one, to law-enforcement agencies.

On 1 August, Klitschko asked the National Anticorruption Bureau of Ukraine (NABU) to open a ase over Bohdan's statement about the bribe. Four days later the NABU opened the case.