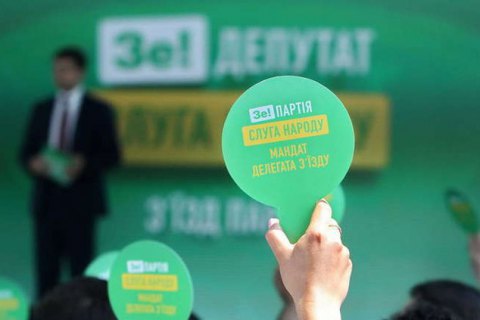 The propresidential Servant of the People party has decided which of its future MPs will join the parliamentary committees on foreign affairs and European integration, the head of its press office, Yevheniya Kravchuk, has told LB.ua.

Halyna Mykhaylyuk is a Doctor of Law, an adviser for law drafting at the EU Advisory Mission Ukraine.

Mariya Mezentseva is a former Kharkiv city councilor. Since 2015, she has worked for the Alliance of Conservatives and Reformists in Europe.

On Facebook, she posted a photo of the colleagues who would join her in the committee.

Svyatoslav Yurash, 23, is going to be the youngest Ukrainian MP. During the Revolution of Dignity, he was in charge of the international press centre. He was also a Ukrainian producer of Fox News.

Maryna Bardina was an aide to MP Serhiy Leshchenko. She was in charge of gender policy during Zelenskyy's election campaign.

Lesya Zaburanna is a Professor of Management at the National University of Bioresources and Management of Natural Resources.

Bohdan Yaremenko is a diplomat, a former consul general in Istanbul, who got dismissed over his support for the Revolution of Dignity.

According to Kravchuk, the list is not final and is subject to change.