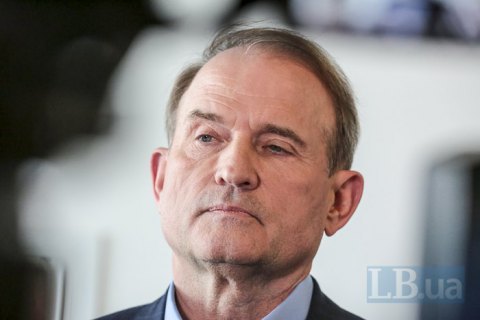 One of the leaders of the pro-Russian Opposition Platform-For Life party, Volodymyr Medvedchuk, has filed a lawsuit against Media-DK Publishing House Ltd. (NV magazine, NV.ua and Radio NV), according to the NV website.

Medvedchuk is a long-time friend of Russian President Vladimir Putin.

By taking a legal action, he wants "to defend his honour, dignity and business reputation and seeks denial of untrue information", according to the Ukrainian Judiciary portal.

The lawsuit filed on 30 July will be heard in Kyiv's Podilskyy district court.

The media company does not know yet what has prompted it.

The 18 July edition of the NV magazine had an article by Khrystyna Berdynskykh and Ivan Verstyuk, entitled "The ghosts of the past". It blamed inaction on the part of law enforcers and loyal courts for the occupation of the information space by former members of ex-President Viktor Yanukovych's party and pro-Russian forces, and for their massive election to parliament.