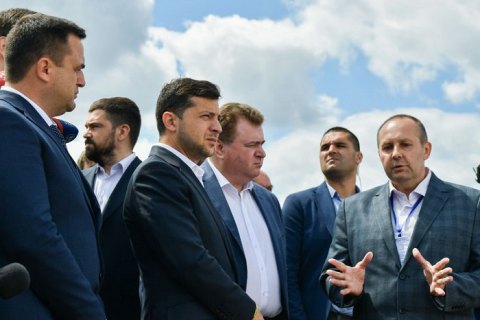 Cherkasy airport should be reconstructed and put back in operation, President Volodymyr Zelenskyy has said during a visit to the region.

According to local officials, it would take two years and cost around 750m hryvnyas (around 30m dollars). The project can be divided into stages while service will be resumed in parallel.

The overhaul of the landing strip began in 2018, according to airport director Ivan Dalybozhak. There are designs for the apron and taxiway. Dalybozhak pointed out that given only one motorway from Cherkasy to Kyiv, air link is essential.

The landing strip is planned to be commissioned by 1 December, he added.

Built in 1984, the airport was one of the biggest in Ukraine. It was repaired in 2007-2009. Since 2011, it has not been in operation, serving as a standby option for Kyiv Boryspil airport in case of emergencies and bad weather.