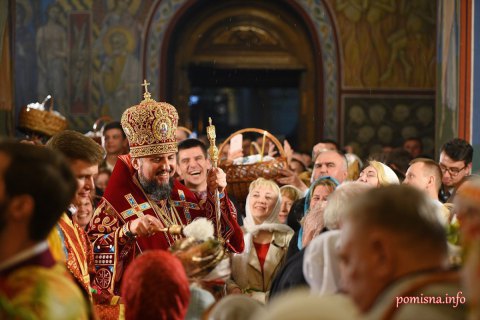 The ministry recalled the Holy Synod of the church took a decision to this matter on 27 July 2019, which was recorded in the Single State Register of Legal Entities, Individual Entrepreneurs and NGOs.

"Any attempts to block the process of state registration of a number of religious organizations that previously belonged to a religious association of the same name and that after the local unification congress decided to join the OCU can be interpreted as attempts to interfere in the activities of officials, which is prohibited and punishable by law," the Culture Ministry said.

In early June, Kyiv's district administrative court registered a lawsuit against the Culture Ministry, seeking to cancel the liquidation of the Ukrainian Orthodox Church of the Kyiv Patriarchate.