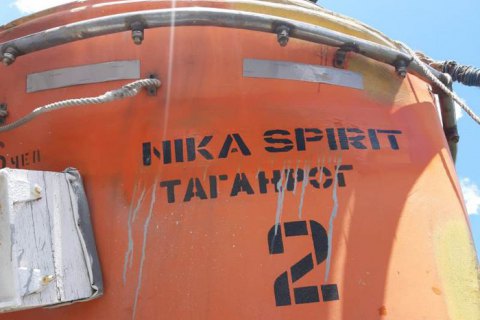 Odesa's Prymorskyy district court has arrested the Russian tanker Nika Spirit (previously known as Neyma) which blocked the Kerch Strait so that Ukrainian ships could not enter the Sea of Azov in November 2018. The court arrested the documents seized during the search of the vessel, chief military prosecutor Anatoliy Matios has said on Facebook.

Matios said that Russian mass media have been spreading disinformation that Ukrainian law enforcers did not have the right to search the tanker without the Russian consul's permit.

"Let me explain that once the vessel passes border and customs control in the territory of Ukraine, it is considered as the one having an open border. We did this lawfully. That is it," he said, adding that in this case a permit from diplomats was not required.

On 25 July, the Security Service of Ukraine (SBU) and the Military Prosecutor's Office detained the Russian tanker, which blocked the Kerch Strait for navigation in November 2018, when it entered the Ukrainian port of Izmayil. The crew was soon released because it did not violate the maritime law and the law of Ukraine, the SBU said.