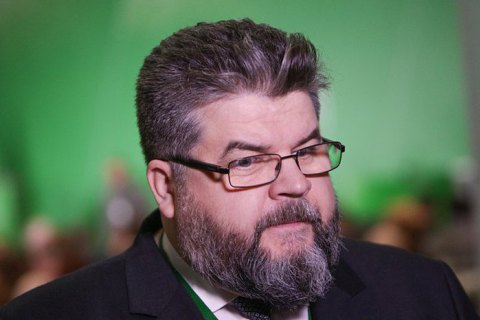 Bohdan Yaremenko, who was elected to parliament on the list of propresidential Servant of the People, has suggested merging the Foreign Ministry, the Foreign Intelligence Service and the state-owned news agency Ukrinform.

Yaremenko, who coordinate the future parliamentary committee on foreign affairs, told LB.ua: "In conditions of war, I would speak for the creation of a ministry of state affairs which would bring together the Foreign Ministry in addition to foreign intelligence, Ukrinform and the foreign economic bloc. This is a visionary idea. There are no plans yet to do this. As a consequence, the parliamentary committee could reflect this."

The new authorities repeatedly mentioned plans to cut down the number of ministerial posts.

The secretary of the National Security and Defence Council, Oleksandr Danylyuk, who is considered to be a candidate for prime minister, suggested leaving no more than 12-13 ministries.