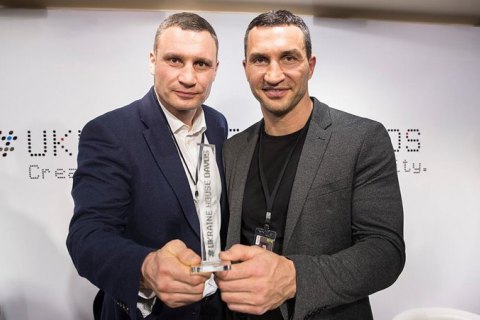 The Kyiv mayor and head of the city state administration, Vitaliy Klitschko, has said at a news conference that he has filed a lawsuit against One Plus One TV.

Klitschko is convinced that a large-scale campaign to discredit him was organized by representatives of the new government and allies of ex-President Viktor Yanukovych.

"A broad discrediting campaign has been launched against me... My brother and I have filed a lawsuit against One Plus One TV that mud-slings us. Alone I was not enough for them so they decided to target my brother too," Klitschko said.

He noted that the owner of the TV channel, Oleksandr Tkachenko, was interested in dismissing him as the chairman of the Kyiv city state administration because he was after this post, which reflects on the channel's unbiasedness.

"One cannot say that the channel is unbiased when its leader is not only a representative of a political force but also one of the contenders, as they say, for the chairman of the Kyiv city state administration... I do not care about various contenders, but I will not allow my reputation to be smeared. I will defend myself using legal means," he added.

As an example of black PR, he mentioned speculations about the cost of a scandalous pedestrian bridge in central Kyiv.

"The bridge does not cost 400 million [presumably hryvnyas]. This is the sum of several projects that were taken together and 'pegged' to the bridge. As I said earlier and continue to say, the bridge costs 270 million," the mayor said.

"It is not about the post, it's a matter of principles," he said, adding that, in his opinion, the actions of the new government are "an offensive on local self-government and the curtailment of decentralization reform."

On 24 July, President Volodymyr Zelenskyy's office asked the Cabinet of Ministers to initiate Klitschko's dismissal as chairman of the Kyiv city state administration.