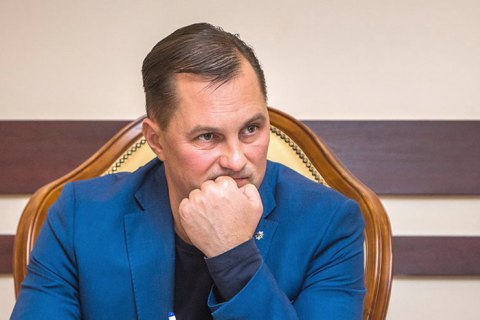 The Specialised Anticorruption Prosecutor's Office (SAPO) has declared a former chief of the Odesa regional police, Dmytro Holovin, a suspect in a corruption case. He was detained yesterday, the SAPO said on Facebook.

He and another detainee are suspected of gross embezzlement as a result of abuse of office by collusion of a group of people.

"A group of persons was identified on 11 November 2017, who, by prior collusion with law-enforcement officers, imported into the territory of Ukraine, namely into the area of the Odesa-Central customs post of the Odesa customs office of the State Fiscal Service, seven containers with tobacco products. Later employees of the Prosecutor-Generak's Office seized the tobacco products during a search of the maritime terminal and placed them in a warehouse located in Odesa for further storage. In August 2018 the criminal proceedings were handed over to the National Police in Odesa Region for further investigation. The command of the main directorate of the National Police in Odesa Region ordered that the tobacco products be moved to the warehouses of private companies with whose managers Holovin and his deputy entered into a criminal conspiracy," the SAPO said.

Some time later the tobacco products vanished from the warehouse.

The SAPO believes it was a fraud scheme.

Holovin's deputy has been declared wanted.

The manager of the company which received the tobacco products is hiding abroad.

Holovin headed the regional police in 2016. Before this, he was the head of the criminal investigation department of the National Police and the chief of criminal police in Kyiv Region.

After Holovin was appointed chief of the Odesa regional police, there have been a number of high-profile crimes in the area. One of them was the attempt on the life of activist Oleh Mykhaylyk in September 2018.