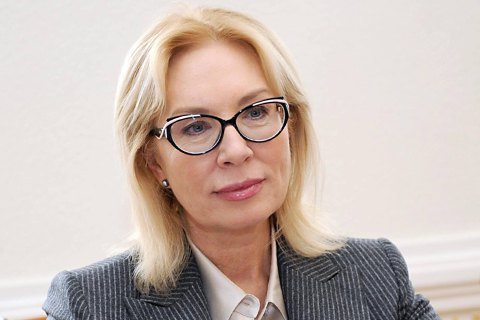 An agreement has been reached that Russia will send back to Ukraine the sailors it captured off the Kerch Strait in November 2018, Ukrainian ombudsman Lyudmyla Denisova has said, as quoted by Hromadske.

She made this statement in Shchastya during the handover of convicts from the separatist Luhansk People's Republics, who are willing to serve their terms on the government-controlled territory.

Denisova said that final paperwork is being filled now.

"There are agreements to have the sailors returned. There is a ruling of the International Tribunal for the Law of the Sea. Documents are being finalized. I think we will meet the sailors home soon," she said.

However, the sailors' lawyer, Mykola Polozov, was unaware of any such agreements.

"I can say that negotiations are underway but I do not know at what stage they currently are and when they are going to be carried out in practice because I am not involved in them. If there are any procedural actions, paperwork, we will learn about them because the sailors will not sign them without the defence. But no-one has said anything yet," he said.

The Russian Federal Security Service (FSB) completed the investigation and handed the files over to the sailors for perusal.

Russia attacked and seized three Ukrainian naval ships with 24 servicemen on board on 25 November 2018 in the neutral stretch of the Black Sea as they were moving from Odesa to the Ukrainian port of Mariupol. Several sailors were wounded. The detainees were first taken to Simferopol, where they were arrested, and then to Moscow where they are currently held in custody.