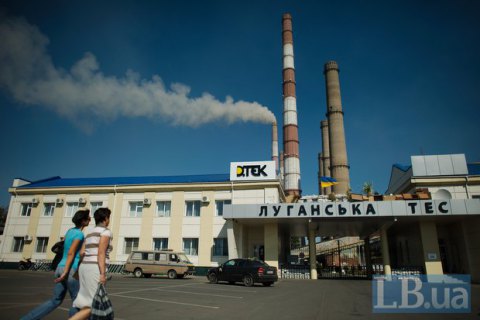 The Luhansk cogeneration plant has run out of coal and switched to gas as of 29 July, the Luhansk regional state administration has reported.

"Customers did not notice the difference. Everything is under control, there are no reasons for concerns," regional administration head Vitaliy Komarnytskyy said.

The shortage of lack is a result of restricted Russian coal supplies to Ukraine because of Moscow sanctions.

In autumn 2018, the plant consumed gas for a week because of a similar shortage.

The plant, owned by Rinat Akhmetov's DTEK, can only receive coal from Russia because there is no access to it from the Ukrainian government-controlled territory.

Since April 2017, it has been receiving coal from DTEK's own Obukhivska mine in Russia.

The plant generates 90% of electricity required by the region.