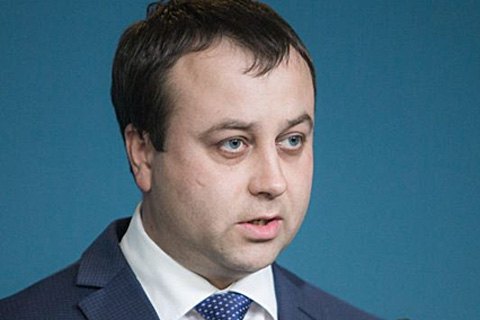 President Volodymyr Zelenskyy has appointed Serhiy Borzov head of the State Affairs Directorate. Under the decree, he will hold the post for five years.

President Petro Poroshenko appointed him deputy head of the State Affairs Directorate in 2014. In 2015-2016 and after 11 June 2019 he was its acting head.

Before this, he also ran for the Vinnytsya regional council on the list of Arseniy Yatsenyuk's People's Front.

Before he went into politics, Borzov was the director of the Vinnytsya comedian company called Vinnytsya Peppers.

His wife Iryna Borzova was elected to parliament in Vinnytsya constituency No 14 on 21 July 2019. She is the daughter of Naum Barulya, the director of the League of Laugh comic show.

Zelenskyy dismissed State Affairs Directorate head Ivan Kutsyk on 11 June and announced a competition for the post with the salary of 30,000 hryvnyas (around 1,180 dollars).