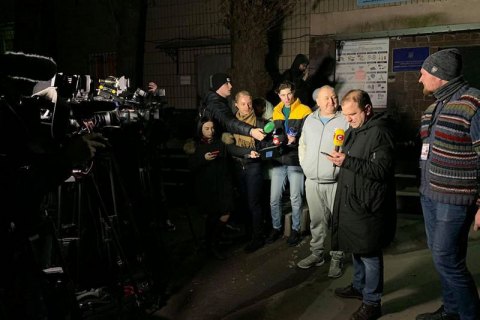 Gen Dmytro Marchenko, who is suspected of procuring bad body armour for the army, has been released from a remand centre after the bail of 20m hryvnyas [850,000 dollars] has been deposited for him.

A major part of the sum was transferred by Poroshenko's Charity Fund, his ally Yuriy Biryukov said. He also posted a copy of the receipt for the transfer of 19,074,663 hryvnyas and 97 kopecks.

On 5 November, investigators declared five officials of the Defence Ministry suspects in the case of the purchase of bad body armour for the army.

On 11 November, Kyiv's Pecherskyy district court arrested Dmytro Marchenko, the head of the main directorate for the development and maintenance of material support for the Armed Forces of Ukraine, for 60 days. The court first said that he could be bailed out for 76m hryvnyas but later lowered it to 20m hryvnyas.