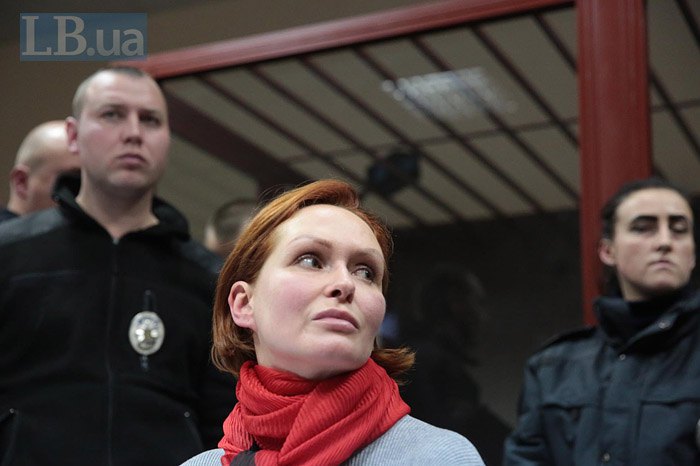 She is suspected of planting a car bomb which killed popular Belarus-born journalist Pavel Sheremet in central Kyiv on 20 July 2016.

Speaking in court, she denied the charges as nonsense and said that she had not heard about Sheremet until he was killed.

"I first heard about Sheremet on the day of his murder when I was at work and checked the news," she said.

Kuzmenko added that the charges levelled against her by police during a televised briefing on 12 December ruined her career.

Several MPs said that they were ready to stand surety for her.

Nevertheless, judge Serhiy Vovk decided to place her into custody.

The resolution was met with the audience shouting "Shame!"

The defence said that it would appeal against the court decision.

Investigators suspect serviceman and rock singer Andriy Antonenko (Riffmaster) of organising the murder of Pavel Sheremet. Police said he was fascinated by "ultranationalist ideas" and cultivated the "greatness of the Aryan race, division of society on ethnic grounds". According to police, the murder of Belarus-born Sheremet was to draw public attention to radical nationalist ideas.