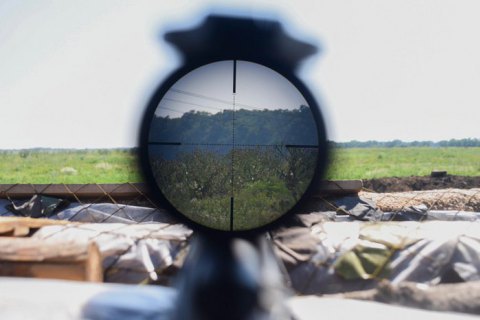 Russia did not stop shooting in the combat area of Donetsk and Luhansk regions, the press service of the Ukrainian Defence Ministry has said.

One Ukrainian serviceman was wounded amid three attacks by the enemy on 11 December.

The enemy used weapons banned by the Minsk agreements near Novomykhaylivka, Pavlopil and Zaytseve.

"The Russian Federation is not honouring its commitment on sustainable ceasefire, which it made in accordance with the final conclusions approved by the Normandy Four leaders in Paris," the ministry said.

On 9 December, the leaders of France, Germany, Russia and Ukraine agreed on a full ceasefire until the end of the year.