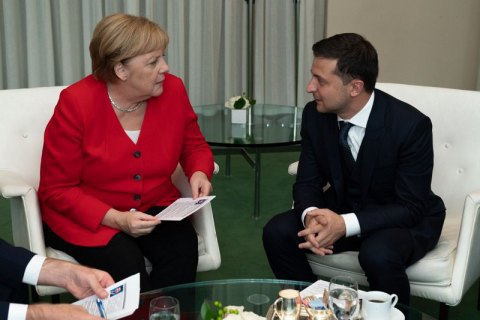 Zelenskyy and Macron on the UNGA sidelines
Photo: The president's press service

Ukrainian President Volodymyr Zelenskyy will hold bilateral meetings with the presidents of France and Germany before the Normandy Four talks on Donbas, LB.ua has learnt from the press service of the Ukrainian presidential office.

The Normandy Four leaders' meeting is scheduled to begin at 4 p.m.

Speaking on the Ukrayina TV on 6 December, Zelenskyy confirmed plans for a bilateral meeting with Russian President Vladimir Putin.