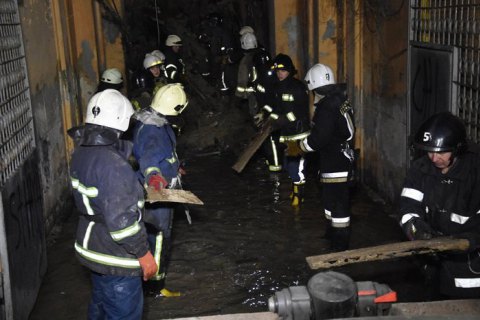 Rescuers have recovered another dead woman's body from under the debris of the Odesa business, law and HoReCa college which was wrecked by fire on 4 December, according to the local news website Dumskaya.

The dead woman's identity is being established. The first two victims were 16-year-old student Kseniya Babenko and teacher Hanna Bortyuk.

As of 6 December, the death toll in the fire has reached three. Twelve people are considered missing.