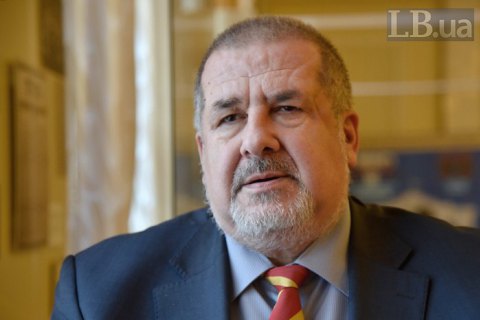 The head of the Majlis of the Crimean Tatar people, Refat Chubarov, has announced the start of preparations for an international non-violent peaceful campaign "Peace against violence and occupation. March of Dignity".

Speaking at a news conference in Kyiv, he said that after the annexation of Crimea, Russia had not delivered on any of relevant international resolutions and this campaign "could help direct it back to the legal framework".

"The Majlis of the Crimean Tatar people has come forward with a public initiative to prepare an international non-violent peaceful campaign 'Peace against violence and occupation. March of Dignity'. We believe that the march can be organised from mainland Ukraine to another part of the Ukrainian state, the Crimean peninsula. We are going home," he said, according to Krym.Realii.

According to him, the organizers intend to invite a number of countries and international organizations to join the march.

Chubarov added that the headquarters had already been created. Its composition and the date of the event will be announced after consultations. He suggested that the preparations "could take more than one or two months".

The Ukrainian parliament officially announced 20 February 2014 the first day of the temporary occupation of Crimea and Sevastopol by Russia. International organizations recognized the occupation and annexation of Crimea as illegal and condemned Russia's actions. A number of economic sanctions have been imposed on the Russian Federation.