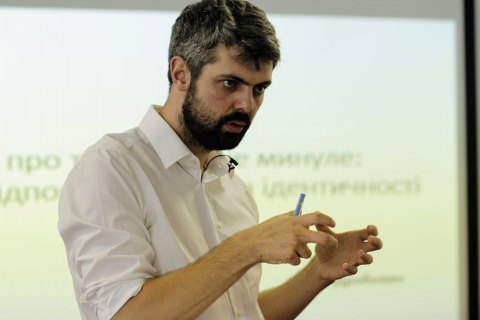 The Cabinet of Ministers has appointed Anton Drobovych new director of the Ukrainian National Memory Institute.

Drobovych is an assistant professor at the Department of Culture Studies at the Drahomanov National Pedagogical Institute.

He is also the education programme executive at the Babyn Yar Holocaust Memorial Centre and is an expert in education and culture at the Institute of Social and Economic Studies.

On 18 September, the Cabinet of Ministers dismissed the previous director of the National Memory Institute, Volodymyr Vyatrovych, who has held the post since 2014. He is currently an MP from Petro Poroshenko's European Solidarity.

Culture, Youth and Sports Minister Volodymyr Borodyanskyy said that under Vyatrovych's lead, the National Memory Institute "narrowed the Ukrainian history down to the early 20th century, which is wrong".