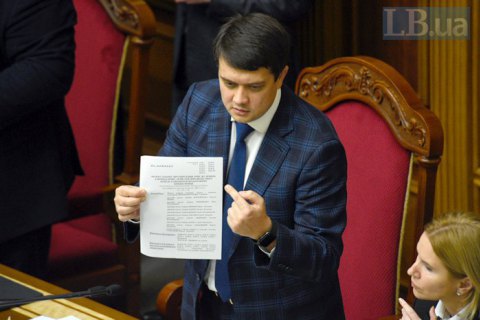 MPs Hanna Skorokhod and Anton Polyakov have officially left the propresidential Servant of the People faction, speaker Dmytro Razumkov has announced at the beginning of the plenary session.

Razumkov added that the faction also decided to expel Roman Ivanisov after reports that he may have been convicted for gang rape in the 1990s.