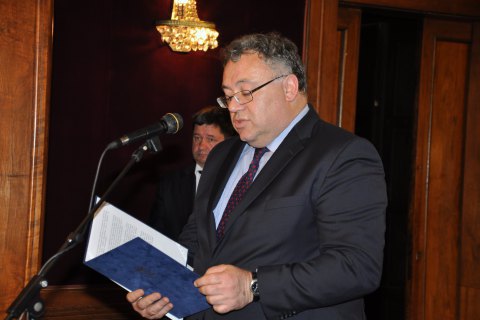 The Ukrainian Foreign Ministry has summoned Hungarian ambassador Istvan Íjgyártó over his recent remarks on an autonomy for the Hungarian ethnic minority in Ukraine.

He was served with a note of protest over the remarks he made in an interview with the Glavcom website on 28 November.

The Foreign Ministry expressed its displeasure at Hungary's continued attempts to block the work of the Ukraine-NATO commission over the language issue.

The Foreign Ministry reiterated that the law on education does not violate the rights of Ukrainians of Hungarian descent. Instead it enables them to better fulfill themselves, as confirmed by the Venice Commission.