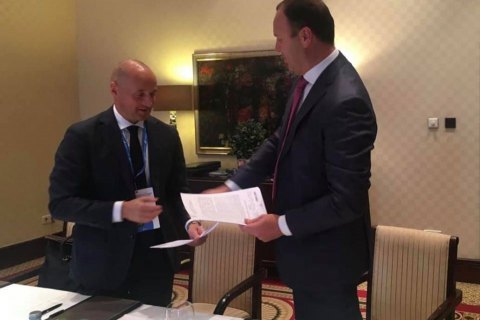 Ukrtransnafta and Russia's Transneft have agreed to prolong the agreement on the transport of oil across Ukraine by another 10 years until 1 January 2030.

The contract's provisions were also updated with regard to the current situation in the oil transport market. The basic principles of cooperation, such as the terms of payment for services and technical support, remained unchanged.

"The conclusion of an additional agreement guarantees the safe and stable operation of the oil transport system of Ukraine on a long-term basis, creates the ground for loading the system of the country's main oil pipelines with transit volumes of oil to European countries and provides a long-term stable source of income for Ukrtransnafta," the company said on Facebook.

The current contract between Ukrtransnafta and Transneft was concluded on 16 November 2004.