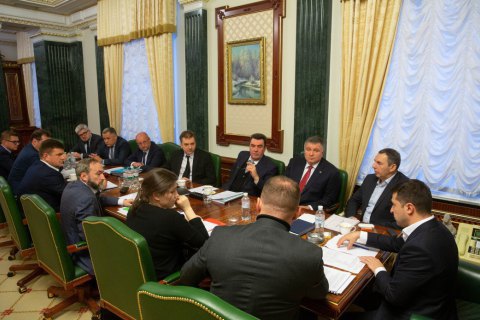 The presidential office has hosted a coordination meeting on preparations for a summit in the Normandy Four meeting in Paris on 9 December.

Participants in the meeting discussed possible scenarios for the reintegration of temporarily occupied areas in Donetsk and Luhansk regions, according to the president's press service.

"Volodymyr Zelenskyy has made his position clear that it is unacceptable to solve the problem of the occupied territories by military means and that it is necessary to reach peace in eastern Ukraine using political and diplomatic methods. National Security and Defence Council Secretary Oleksiy Danilov expressed confidence that with foreign partners' support, Ukraine will be able to bring back the temporary occupied territories and end combat," it said.

Five scenarios for the reintegration of the occupied territories of Donbas were approved. The president instructed Ukrainian army chief Ruslan Khomchak to visit the Joint Forces Operation area shortly.

Before the Normandy Four meeting, Zelenskyy will hold a meeting of the National Security and Defence Council.