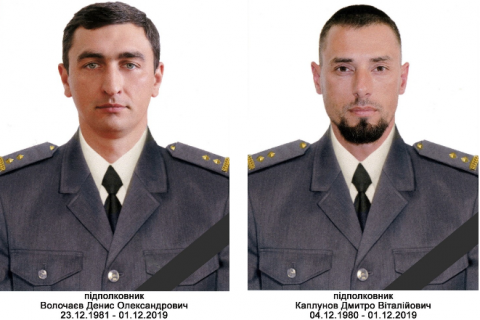 Two members of a special-purpose unit of the Special Operations Centre at the Security Service of Ukraine (SBU), Lt Col Denys Volochayev and Lt-Col Dmytro Kaplunov, were killed in combat in eastern Ukraine, the SBU press centre has said.

"The death of every our soldier in the Joint Forces Operation area is a big loss for the Service, the country and the nation. Sincere condolences to the families of the fallen heroes," SBU chief Ivan Bakanov said.

The SBU said that it would provide comprehensive support for the bereaved families.

As reported earlier, two Ukrainian servicemen got killed in combat in Donbas on 1 December as an enemy sabotage and reconnaissance team attempted to sneak into the rear of the Joint Forces. The servicemen were trying to cut the team's exit when they tripped on an unknown explosive device.