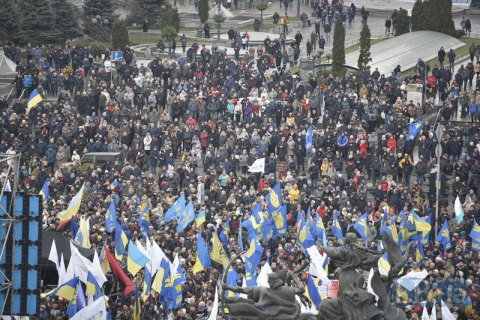 Around 8,000 people took part in a rally "Red Lines" initiated by the pro-European opposition in Kyiv's Independence Square on 8 December, the capital police have said.

No gross violations of public order were recorded. An administrative offence report was drawn for one person.

A rally outside the presidential office in Bankova Street continues. According to the police, around 2,000 people are taking part in it.

Around 1,500 law enforcers are on duty in Kyiv today.