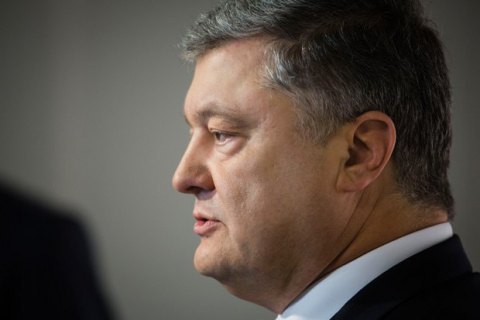 The State Investigation Bureau (SIB) has opened criminal proceedings on possible high treason by the fifth president of Ukraine (2014-2019), leader of the European Solidarity party, Petro Poroshenko, when signing of the Minsk agreements to resolve the situation in Donbas in 2015.

"Indeed, proceedings have been opened upon the statement on the possibility of high treason by Poroshenko when signing the Minsk agreements," the press secretary of the State Invesigation Bureau, Anzhelika Ivanova, told Interfax-Ukraine on 10 December.

At the same time, an ex-deputy head of the presidential administration of the time of Viktor Yanukovych, Andriy Portnov, on his Telegram channel posted a copy of the SIB reply to his motion, from which it follows that he turned to the SBI about the possible state treason committed by Poroshenko during the preparation and conduct on 11 an 12 February 2015 negotiations on the content of the document "A set of measures aimed at implementing the Minsk agreements".

Information about a possible crime was entered into the Unified Register of Pretrial Investigations on 10 December 2019, and a pretrial investigation was launched. Preliminary qualification of the case is set under Part 1 of Article 111 of the Criminal Code of Ukraine.