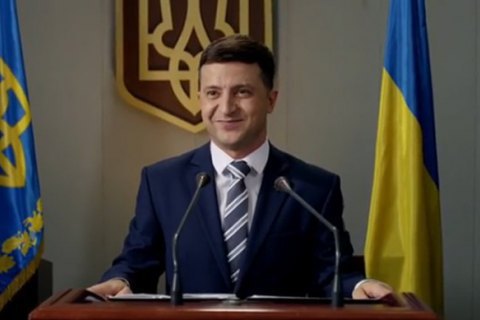 The TV series features incumbent Ukrainian President Volodymyr Zelenskyy who plays a teacher who happens to get elected president.

"Eccho Rights has worldwide rights to distribute some titles of Kvartal 95's library. The company sells different types of rights to different territories: TV broadcasts, VOD rights and so on," the company noted.

According to them, after the premiere of the first season of the Servant of the People series, Eccho Rights sold its format to FOX and the series to Netflix.

"Besides, the format of the TV series or the TV series itself has been sold to more than 20 countries, including France, Vietnam, the Philippines, Greece, Serbia, Montenegro, Bulgaria, Poland, Serbia, India, Korea, Greece, Kazakhstan, Lithuania, Estonia, Moldova, Mongolia, Finland, Georgia and Belarus. The project was watched by millions of viewers both in Ukraine and abroad," the company said.

However, it did not answer on what terms the series featuring Zelenskyy will be shown on Russian TV and whether it expects any royalties.

The series is expected to premiere on Russian TNT TV on 11 December.

According to media reports, Kvartal-95 Studio was still working in Russia in January 2019, although Zelenskyy formally left the project and his name was excluded from the list of founders.