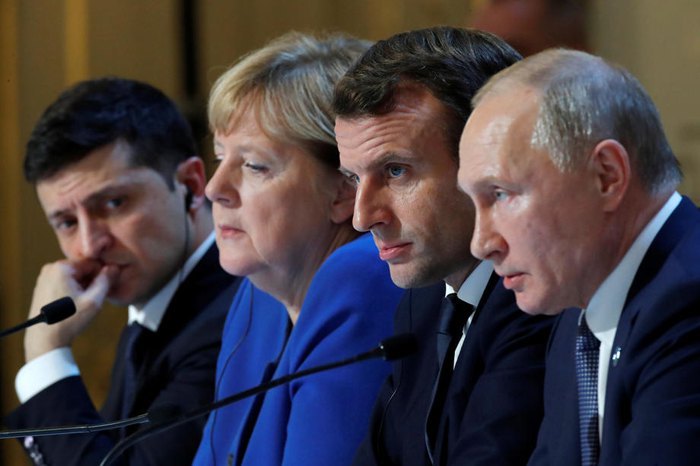 What have they agreed upon?

After the negotiations, even sceptics admitted that Zelenskyy did not give up his positions. When the president of Ukraine publicly announced in the presence of the Russian leader the "red lines" he is not going to cross - no federalisation, no trade in territories, no changes to the country's foreign policy vector - many had a political orgasm.

So what have the sides agreed upon?

- on a complete ceasefire by the end of this year. An important change (as President Zelenskyy said) is that the sides set a clear deadline for the implementation of this clause.

- on the exchange of "all for all" by the end of 2019. There is one important clarification: for the time being, we are talking about the exchange of identified persons requested by the opposite side, who are held in custody in the government-controlled territory, for Ukrainians who were illegally detained or are held captive by the separatists. In the future, as Zelenskyy pointed out, it they will discuss the return of people from Russian and Crimean prisons.

- Among other things, the parties agreed to expand the mandate of the OSCE Special Monitoring Mission. Now its representatives will work 24/7. The sides also discussed mine clearance efforts in Donbas. 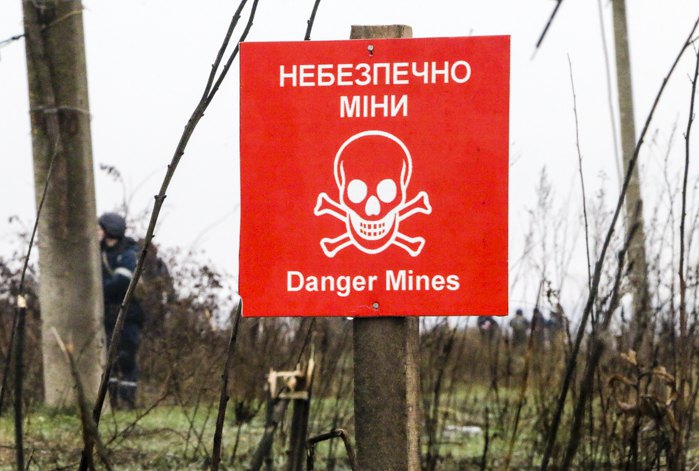 - on the extension by another year of the Law "On the special procedure of local self-government in certain areas of Donetsk and Luhansk regions";

- on the implementation of the "Steinmeier formula" in Ukrainian law.

After the dialogue, as Volodymyr Zelenskyy put it, the Ukrainian side agreed to accept $3 billion worth of gas from Russia. He was referring to the decision of the Stockholm arbitration which concluded that Russia behaved in bad faith, supplying overpriced gas to Ukraine.

We had the option of claiming it back as money, not gas. Given that this amount is quite significant for our meagre, if compared to developed countries, budget, it was not clear why the Ukrainian delegation agreed with the Russian position. Perhaps we were simply given an ultimatum and thus avoided an unpleasant situation. However, all this is coffee reading. We need to understand what is coming next. 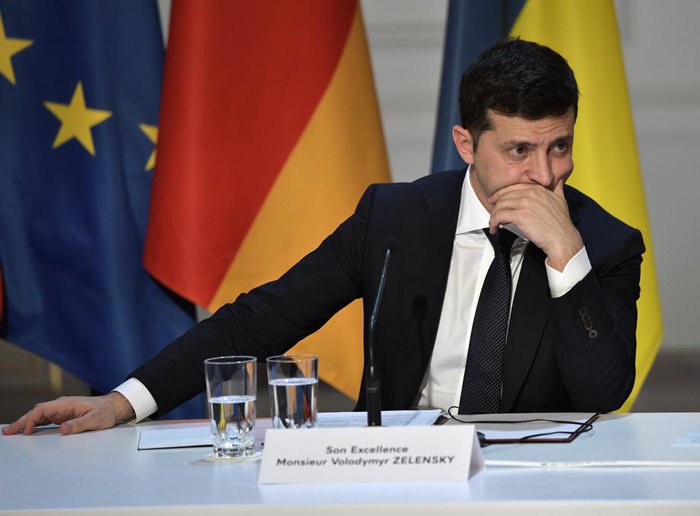 The executive director of Naftogaz Ukrayiny, Yuriy Vitrenko, emphasised that Kyiv did not move one iota from its positions it had taken after winning in Stockholm.

However, all this allowed Putin and Zelenskyy to talk about the transit of Russian gas at more favourable conditions for us. The Ukrainian delegation wanted to sign a contract for 10 years, the Russians insisted on one year. Zelenskyy noted that the sides should agree on some kind of halfway option.

In general, according to Vitrenko, "the parties agreed to further negotiate".

What has Putin got?

One cannot call Putin a loser. Moreover, it seems that strategically he has retained his position.

So, Ukraine agreed to extend by a year the law on the special procedure for local self-government, meaning the law on the special status of Donbas, and the implementation of the so-called Steinmeier formula. The scenario is as follows: first, we verify whether peace agreements with Russia have been implemented successfully, then we approve the "formula" at the legislative level.

What does this mean in practice?

Such points as the special status of the Russian language, the granting of amnesty (despite a separate law adopted earlier), the possible functioning of the so-called people's militia in Donbas, and closer economic cooperation with the Russian Federation remain in force. This is as far as the law is concerned.

Next is the "formula" or rather, as Chancellor Angela Merkel pointed out, a document that the sides have never before discussed in detail. This document is a set of letters from the former foreign ministers of Germany and France, in which they shared suggestions on a roadmap for resolving the situation in Donbass.

They say, with a reservation on the initial security component, that local elections are held after they are organised with the mediation of representatives of the self-proclaimed republics in the format of a political subgroup in the trilateral contact group. And this implies the need for direct negotiations between Ukraine and the militants. The next thing is to give candidates temporary political immunity for the duration of the election. The issue of amnesty is regulated next and the law on special status comes into force. This is written in the text of the very "formula" that was imposed on Ukraine.

At the same time, Putin insisted during a press conference of the Normandy Four leaders that the law and the formula must be embedded into the Ukrainian Constitution. That is, the main document of the country must be changed.

There will be no elections for now, however, the sides agree on the need to hold them.

What is more, Putin maintained his position on the Ukrainian-Russian border: the return of control over the shared border is blocked. The reason is simple, it is the text of the Minsk agreements which regulates the sequence: local elections first, followed by the withdrawal of foreign troops and the gradual return of Ukraine's control over the border.

Meanwhile, something else confuses me the most: the behaviour of the Russian president. It is still not completely clear: why did Putin need to meet Zelenskyy?

It was evident that here he was guided by his personal feelings, intuition, if you like. He had the excitement, the old curiosity of a KGB officer. It was interesting for him to enwrap an appease the Ukrainian president, play at giveaway – to agree with some points while rejecting the others. He was testing the waters. 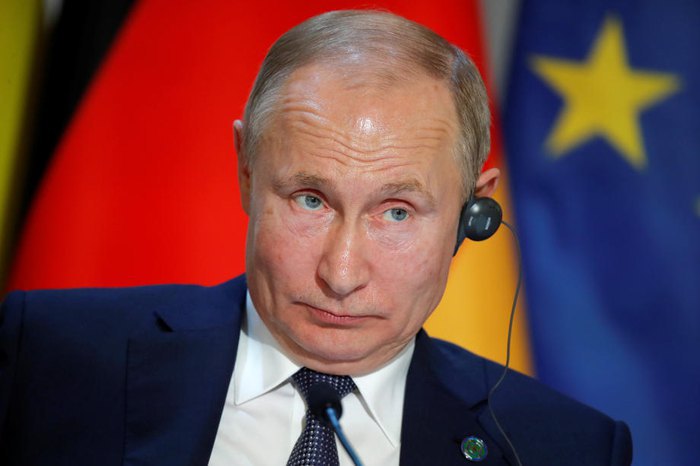 After all, it is obvious that the Russian multimillion army can attack Ukraine any day and seize most of it albeit after a tough fight. (Wasn’t this the reason why the Russian Federation demanded in Paris that the troops be disengaged along the entire front line? In order to get a more advantageous bridgehead for the offensive?) But Putin is now playing the role of a good cop rather than a bad cop. He talks about a thaw in relations, offers Zelenskyy a 25% discount on Russian gas and agrees with the proposals of the Ukrainian president.

Putin is now doing what he was supposed to do in late 2013-early 2014, during the Revolution of Dignity, when he could (having retained influence) remove Yanukovych and put some other ruler loyal to Moscow. However, another scenario of the game was selected at the time and the Kremlin took the path of aggression.

However, now he is following the path of conditional pacification. And in fact, this is the most dangerous thing. Because a good Putin is far more dangerous than an evil Putin. The latter is comprehensible, predictable, he can be resisted. The former is different: he smoothly forces you sit on the gas needle and turn towards Russia. He buys and appeases.

That’s why the most important thing is not to fall for this trick. And this is why it is necessary to understand the tonality of the tete-a-tete meeting between Putin and Zelenskyy and what the Kremlin's master offered the Ukrainian president.

Well, this does not end there. The Normandy Four may meet in March 2020 to discuss further steps towards the de-escalation of the situation. There is no homework for anyone, according to Zelenskyy. Meanwhile, the question remains open: what will happen when we fulfil all the conditions that Putin insists on? Will the Russian president be so "good" after that?