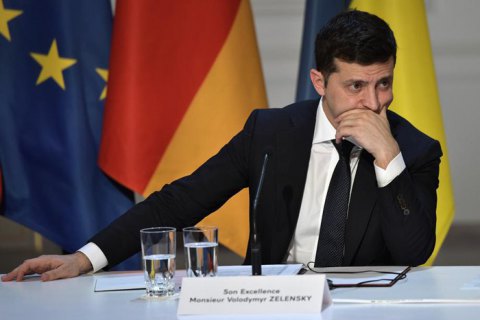 Ukrainian President Volodymyr Zelenskyy has signed the bill extending the action of the law on the special order of local self-government in certain districts in Donetsk and Luhansk regions.

If not extended, the law would have expired on 31 December 2019.

According to MPs, the document creates conditions aimed at a peaceful settlement in Donbas on the basis of international law and the UN Charter.

After the Normandy summit in Paris, Zelenskyy said that the law on the "special status" would have to extended to prevent the "twisting of Ukraine's arms" during the preparation of a new law in the trilateral contact group on Donbas.

The so-called Steinmeier formula will be added to this law in case of de-escalation in Donbas.