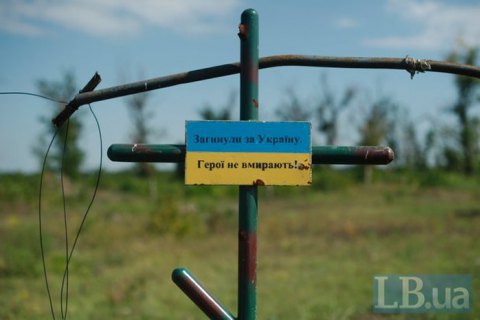 The Ukrainian army has lost 97 servicemen who were killed in combat this year, the General Staff of the Ukrainian Armed Forces has told BBC Ukrainian.

Since the beginning of the year, 499 Ukrainian servicemen have been wounded in the Joint Forces Operation. Some 78 servicemen were injured.

"Other fatalities include 77 people," the General Staff said about non-combat losses.

Ukrainian servicemen were mostly killed by sniper fire, mortar and grenade launcher attacks, and as a result of tripping wires.

These figures do not include the fatalities and casualties suffered by the Interior Ministry, the National Guard, the SBU, and volunteer units such as the Right Sector and the Ukrainian Volunteer Army.