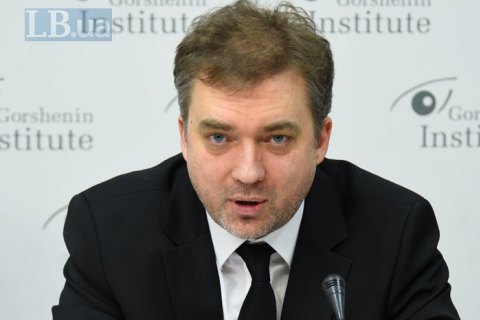 The transformation of the Ukrainian Armed Forces will take place the entire next year to bring the command structure in line with NATO standards, Defence Minister Andriy Zagorodnyuk has said at a roundtable entitled "Will the adoption of NATO standards by the Ukrainian Armed Forces improve the country's defence capacity?" organised by Gorshenin Institute.

"The entire next year the armed forces will undergo in situ transformation. This is how the structure of the command of the Armed Forces, the command of the types of troops, the General Staff is built. This is how powers are distributed between the commander-in-chief and the head of the General Staff. At the end of this transition, the structure of the Armed Forces will be fully consistent with how it is implemented in NATO countries. This process is already underway, there is a 'road map', all documents have been signed. We understand that the process is complex because it involves not only a change in structure, but also a change in functionality. This functionality is now being worked out. In order to be compatible with NATO structures, we work through a lot of regulatory documents and this process involves a lot of changes and discomfort. But it has begun and this cannot be changed," the minister said.

Zagorodnyuk also recalled that the adoption of NATO standards was included in the government’s programme as one of the five key priorities of the Defence Ministry.

"This is important for two reasons. The first one is political: we must meet membership standards and criteria in order to become a NATO member at some point in time. And even if politically we do not know when this is going to happen, we must prepare our armed forces. The other part is technical and organisational. Armies that have switched to NATO standards are better at fighting, they are more effective and better trained. Our main focus is on combatability and combat readiness. But this question has to do with how skills are built, how they are planned and organised. If they are implemented according to NATO standards, they will be much more effective than any other approaches in the world. This is proved in practice and for us it is one of those asymmetric methods that we must use both to combat Russian aggression and to develop the country as a whole. This concerns an effective leadership of the armed forces, the effective organisation of the armed forces and defence forces and the structure of all processes. There are countries that have switched to NATO standards without being members of the alliance, for example, Sweden or Australia. And their armed forces are considered as effective as the allied armies. In any case, regardless of the political progress in obtaining NATO membership, the implementation of standards is a priority for us," he concluded.