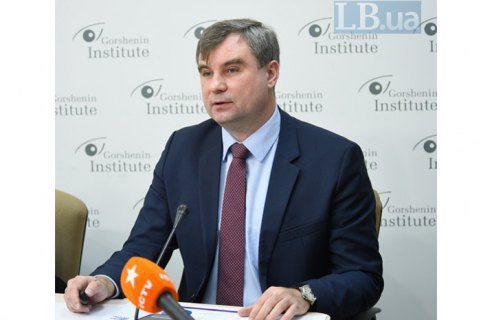 A survey carried out by Gorshenin Institute in partnership with Friedrich Ebert Foundation in Ukraine has found that if a referendum on Ukraine's accession to NATO were held today, 51.2% of Ukrainians would vote in favour.

The first vice president of Gorshenin Institute, Viktor Sokolov, shared these findings at a roundtable entitled "Will the adoption of NATO standards by the Ukrainian Armed Forces improve the country's defence capacity?".

Gorshenin Institute conducts regular monitoring of Ukrainians' sentiments about NATO. Whereas in February 2008, 19.2% of respondents were ready to support NATO membership, in May 2013 the level of support reached 35.3%, and after the outbreak of the conflict with the Russian Federation in June 2014 it reached 47.3% (at the time the survey no longer covered Crimea and some areas of Donetsk and Luhansk regions), in February 2015 it was 54.1% and further fluctuated around 50%.

An analysis of two-dimensional distributions by age shows that traditionally the idea of joining NATO enjoys more solid support among young people aged 18-29 years (55.9% for, 25.8% against), and opposition from representatives of the 60+ generation (45% for, 35.1% against)," Sokolov said.

The survey "Reforms in Ukraine: changes for the better or imitation of progress" on 22 November-10 December 2019 interviewed 2,000 respondents aged 18 and above in all regions of Ukraine, except for Crimea, Sevastopol, Donetsk and Luhansk regions. The margin of error does not exceed +/-2.2%.