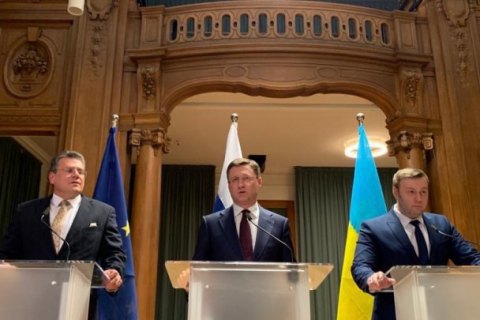 Russia and Ukraine are preparing a package agreement on gas. It will include the conclusion of a long-term gas transit contract and the settlement of debt disputes in the Stockholm arbitration, Reuters has reported, quoting sources familiar with the negotiations.

According to them, Russia proposed to pay Ukraine $3 billion in accordance with the decision of the Stockholm arbitration. Ukraine, in turn, allegedly said that it was prepared to drop a new lawsuit against Gazprom worth $12 billion.

A day earlier, Ukrainian News also reported that Gazprom was ready to return $3 billion to Naftogaz but not with money or gas but with seized assets. If this solution is agreed upon, the halting of Russian gas supply as of 1 January 2020 can be avoided.

European Commission Vice President Maros Sefcovic, in turn, said that during the tripartite negotiations in Berlin on 19 December, the sides reached an agreement on gas supply in principle.