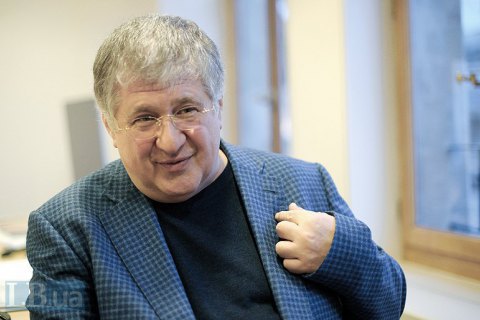 The Security Service of Ukraine has expressed its discontent with the management of PrivatBank after it sued the bank's former owners, Ihor Kolomoyskyy and Hennadiy Boholyubov, in foreign jurisdictions without coordinating these actions with the SBU and the Prosecutor-General's Office.

For the future, the SBU said, PrivatBank should refrain from filing such claims without obtaining "preliminary approval", the "Schemes" investigative journalist group said quoting a letter dated 17 December 2019 signed by the deputy head of the SBU, Volodymyr Horbenko.

"It has been established that representatives of banking institutions initiate claims in foreign jurisdictions and international arbitrations to recover damages and hold liable persons whose actions led to the bank becoming insolvent," the letter reads.

The SBU emphasized that it is necessary "to ensure the mandatory coordination of the claims of banking institutions in international jurisdictions with the Security Service of Ukraine and the Prosecutor-General's Office of Ukraine and the preliminary approval of claims filed with courts outside the territory of Ukraine with these authorities".

"Taking into account the mentioned regulations of the current legislation, filing lawsuits with international arbitrations may in certain cases negatively affect a pre-trial investigation as part of criminal proceedings on crimes in the banking sector," the SBU added.

As reported, on 18 October, PrivatBank filed a lawsuit worth $600 million against Kolomoyskyy and Boholyubov in Israel.