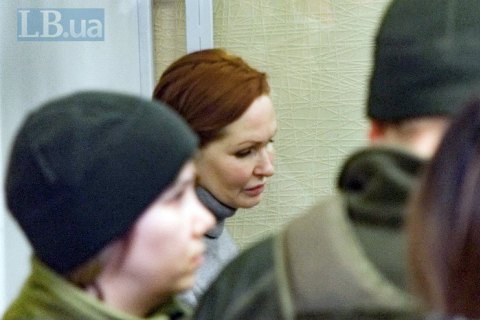 Law-enforcement officers used force to remove Yuliya Kuzmenko, who is suspected of killing Belarus-born journalist Pavel Sheremet in 2016, from the courtroom of the Kyiv court of appeal to take her back to a pre-trial detention centre, her lawyer Vladyslav Dobosh has said on Facebook.

Today, the court was to consider an appeal against Kuzmenko's arrest but prosecutors did not show up. Therefore the court adjourned until 24 December. Kuzmenko’s friends, who came to support her, said they would block the exit from the courtroom to prevent her removal. As a result, she had to stay there until the evening.

At around 5.20 p.m., Kuzmenko's lawyer said that law enforcement officers began to form a corridor to take her out, which they did 25 minutes later.

Kuzmenko was arrested on 13 December. Investigators suspect her of attaching the bomb to the bottom of Sheremet’s car and triggering it.