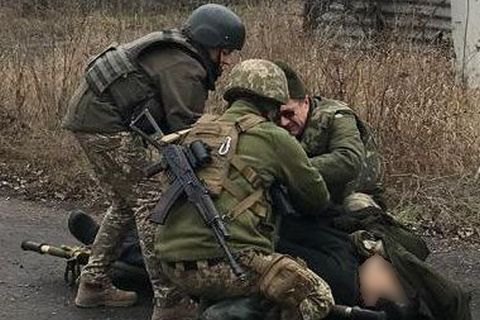 A civilian local resident was deadly wounded as a result of a shooting attack by Russian paramilitary groups in the front-line village of Maryinka on 18 December, the press service of the Joint Forces Operation HQ has reported.

"Servicemen organized the evacuation of the wounded person due to heavy enemy fire in the sector under fire. However, the man could not be rescued, he died on his way to a hospital," it added.

A soldier of the 28th detached mechanized brigade, Vasyl Lisitsyn, was killed in combat in Donbas on 17 December.