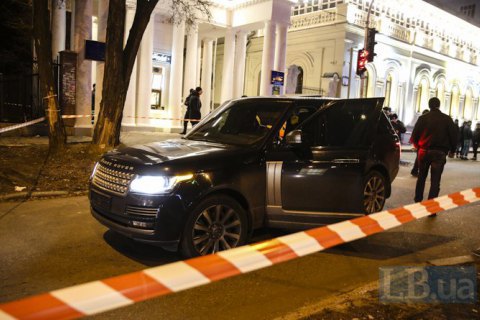 Police and prosecutors have identified a suspect in the contract killing of Kyiv regional councillor and businessman Vyacheslav Sobolev, as a result of which his three-year-old son was killed.

According to the investigation, a 25-year-old native of Russia is involved in the organisation of the crime. He recruited a 20-year-old man, who fought in Donbas and whom he met in the war zone, the Kyiv prosecutor's office has said on Facebook.

"During a personal meeting that took place in one of the capital’s shopping and entertainment centres, the man suggested that the perpetrator kill the councillor for a cash reward of $40,000, which he agreed to," the prosecutor’s office added.

To carry out the crime, the organiser provided the sniper with information about the victim, his home and work address. He also supplied him with firearms, transport and paid all expenses, including the rent of a garage where the weapons were stored.

The man sent murder instructions to the executor via Telegram and went abroad on the eve of the crime to ensure an alibi.

In the meantime, the sniper and his accomplice independently chose the place for the murder, a parking lot near the restaurant frequented by the victim.

When the councillor, his wife and son got into their car on the evening of 1 December, the killer made a shot and deadly wounded the boy.

He was detained the next day.

The organiser of the murder is to be put on an international wanted list.