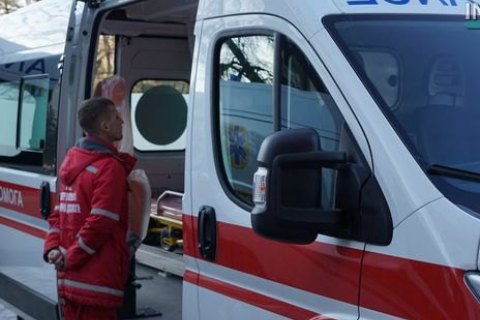 A man who died this morning in Kyiv's Instytutska Street did not take part in protests against the land bill, according to Kyiv police chief Andriy Kryshchenko.

"We have information that a man died. His identity has been established. He was born in 1979. Preliminarily, we have a report about cardiac insufficiency. An autopsy will be carried out tomorrow and we will know the cause of death," he said.

Former MP quoted "sources in the National Corps" as saying in Telegram that "one of the protesters beaten by law enforcers" near parliament died.

Police, however, said that the man felt ill at 11.30, that is before the clashes, and this happened several blocks away from parliament. The man died in an ambulance car.

A preliminary cause of death is acute coronary syndrome.

Violent clashes erupted today between the far-right National Corps and police as parliament was about to hear the land bill.