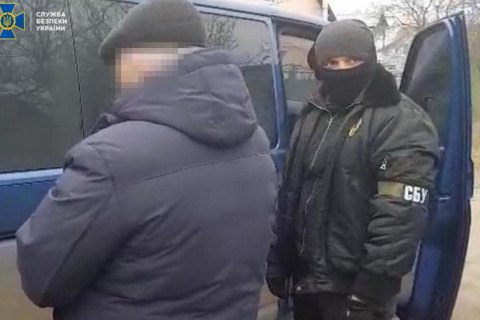 The Security Service of Ukraine (SBU) has detained a so-called reconnaissance platoon commander of the self-proclaimed Luhansk people's republic (LPR) for collecting information about the transport infrastructure of Kharkiv.

The man joined the separatists back in 2014, the SBU said. He was "promoted" up to reconnaissance platoon commander at the 10th artillery brigade of the 2nd army corps of the LPR.

The SBU learnt that he had returned to Kharkiv Region and was collecting information about the city's strategic facilities such as railway, subway and bus terminals.

He was allegedly planning to hand this information over to the militants.

He is suspected of taking part in a terrorist organisation and faces 15 years in prison.