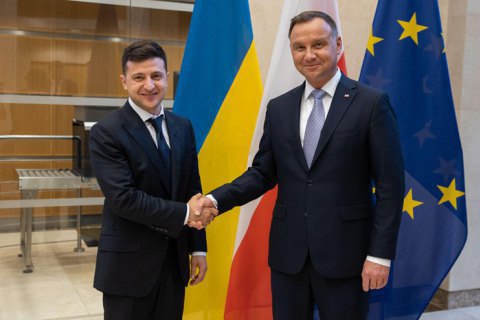 Ukrainian President Volodymyr Zelenskyy will pay an official visit to Poland and meet its President Andrzej Duda, according to Polish Radio.

It is noted that on 27 January, on the eve of the 75th anniversary of the liberation of the former Nazi concentration camp Auschwitz-Birkenau, Duda will meet the presidents of Ukraine, Israel and Germany.

Diplomats are also discussing the possibility of holding separate meetings with other leaders who will come to Poland.

Earlier, Yad Vashem Institute in Jerusalem will also hold commemorative events, which in particular will be attended by the presidents of Russia and France, as well as the vice president of the United States. Duda has already said that he will not take part in this meeting because the organizers had not planned his speech. However, one of the scheduled speakers will be Russian President Vladimir Putin, who in recent weeks has accused Poland of collaborating with Hitler and of unleashing World War II.